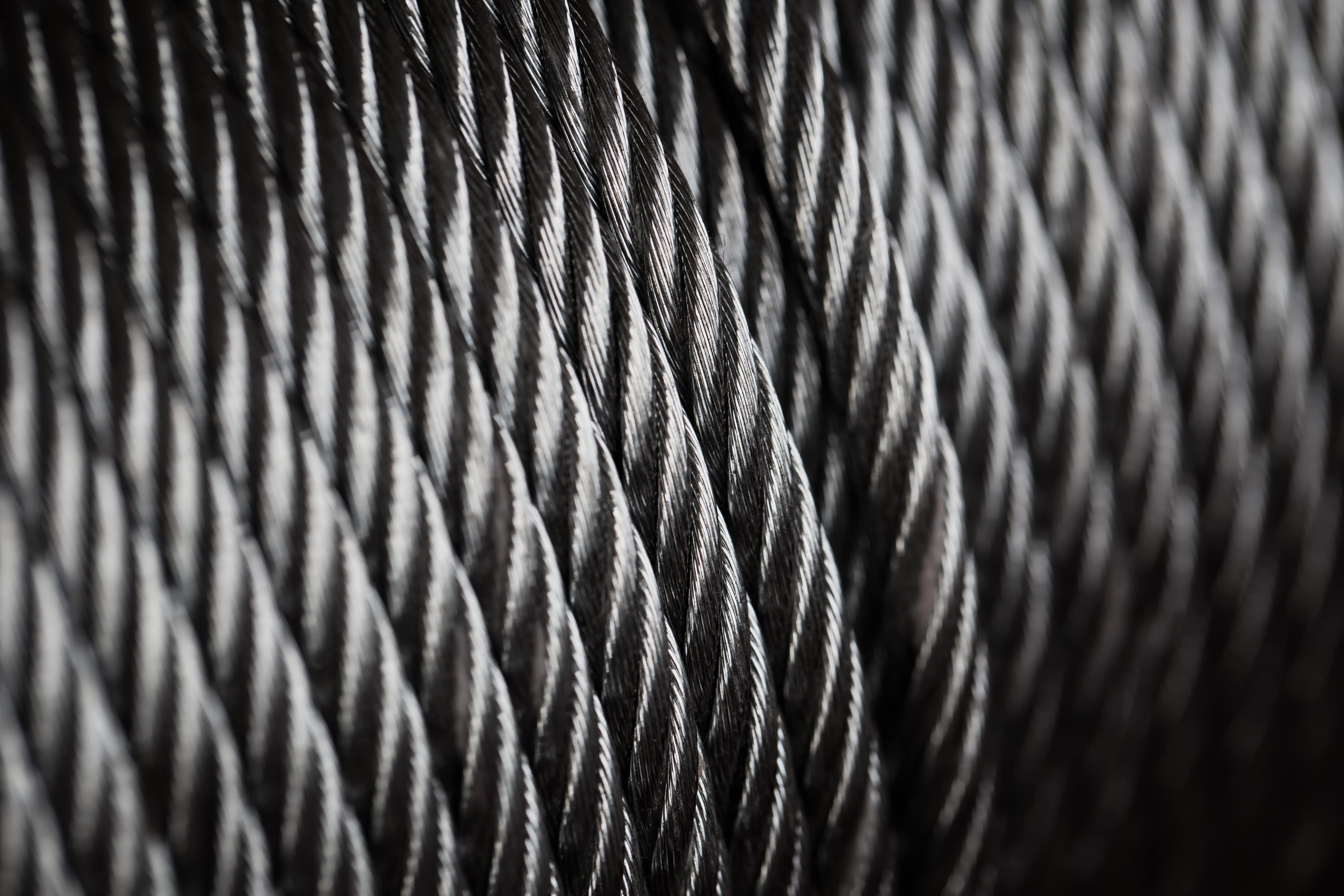 A number of different types of wire rope (also known as aircraft cables) are currently on the market, which might make it difficult for you to decide on the option that's best for your construction project. Wire rope uses include its original applications in the aerospace industry to hoisting cranes. This has forced engineers to develop numerous sizes and styles, which in turn has helped to further over complicate things.

Fortunately, you'll be in a better position to make the right choice once you know a few pieces of insider information. Perhaps the most important thing to know before making a purchasing decision is how to rate the various types of wire rope by their classification.

Browse Our Selection of Wire Rope

Wire rope specifications usually classify a piece of aircraft cable by the number of wires in each strand as well as the number of strands in the whole rope. This has lead to a system where cables are identified by a pair of numbers, such as 7x19. The first number, 7 in this case, represents the total number of strands in the rope. If you unravel a 7x19 cable, then you'd be able to see 19 wires in each individual strand.

While the second number does technically represent the number of wires in each of these strands, it might be more accurate to say that it identifies a class or range of values and isn't an exact measurement.

Even though this might sound confusing, there isn't much you'll have to remember when shopping for wire rope. All cables of the same size, grade and core offers the similar breaking strength characteristics. They also exhibit a similar weight per each foot of cable.

Three of the more common classifications you're likely to come into contact with are 1x19, 7x7 and 7x19. A 1x19 construction gives engineers the freedom to design a stiff cable that won't flex or bend, so you might find it anywhere you have to run ropes in a straight line such as when putting up guy wire.

Construction crews that have to deal with rigging or want to tow and maneuver heavy objects often turn to 7x7 cables. Heavy applications might call for 7x19 rope, which can handle a healthy amount of force before it breaks. Overall, 7x7 is used when flexible pieces are required and 7x19 is employed when an even greater level of flexibility is preferred. If you have to make slight bends, then 7x7 ropes may be preferred. Mechanical assemblies that call for sheaves and pulleys work well with 7x19 pieces.

Since stiffness is such an important consideration when selecting a piece of wire rope, technicians have developed more than one way of measuring it. In most cases, you'll see people talk about axial and bending stiffness.

Axial stiffness measures the elastic deformation of a piece of wire rope under load. It's normally expressed as a ratio of load to deflection. Since the relationship between these two things aren't linear, most manufacturers are only ever able to apply guidelines values. As a rule, though, tightly wound wires with many strands won't experience as much axial gyration as weaker ropes.

Bending stiffness is perhaps more self-explanatory. This metric tracks how likely a particular type of wire rope is to start to sag when put under a load. In most strands that feature multiple layers of wires, the inner layers will start to support the outer layers once a load gets applied. This allows all of the wires to slide and adjust freely to provide additional support against these bending forces.

There's a general rule of thumb that you might want to follow when trying to decide between different types of wire rope. Those that feature strands made up of a few large wires tend to be more resistant to abrasion but less resistant to fatigue. Pieces of wire rope that use strands made up of many smaller wires tend to suffer more from abrasion but stand up well against fatigue. 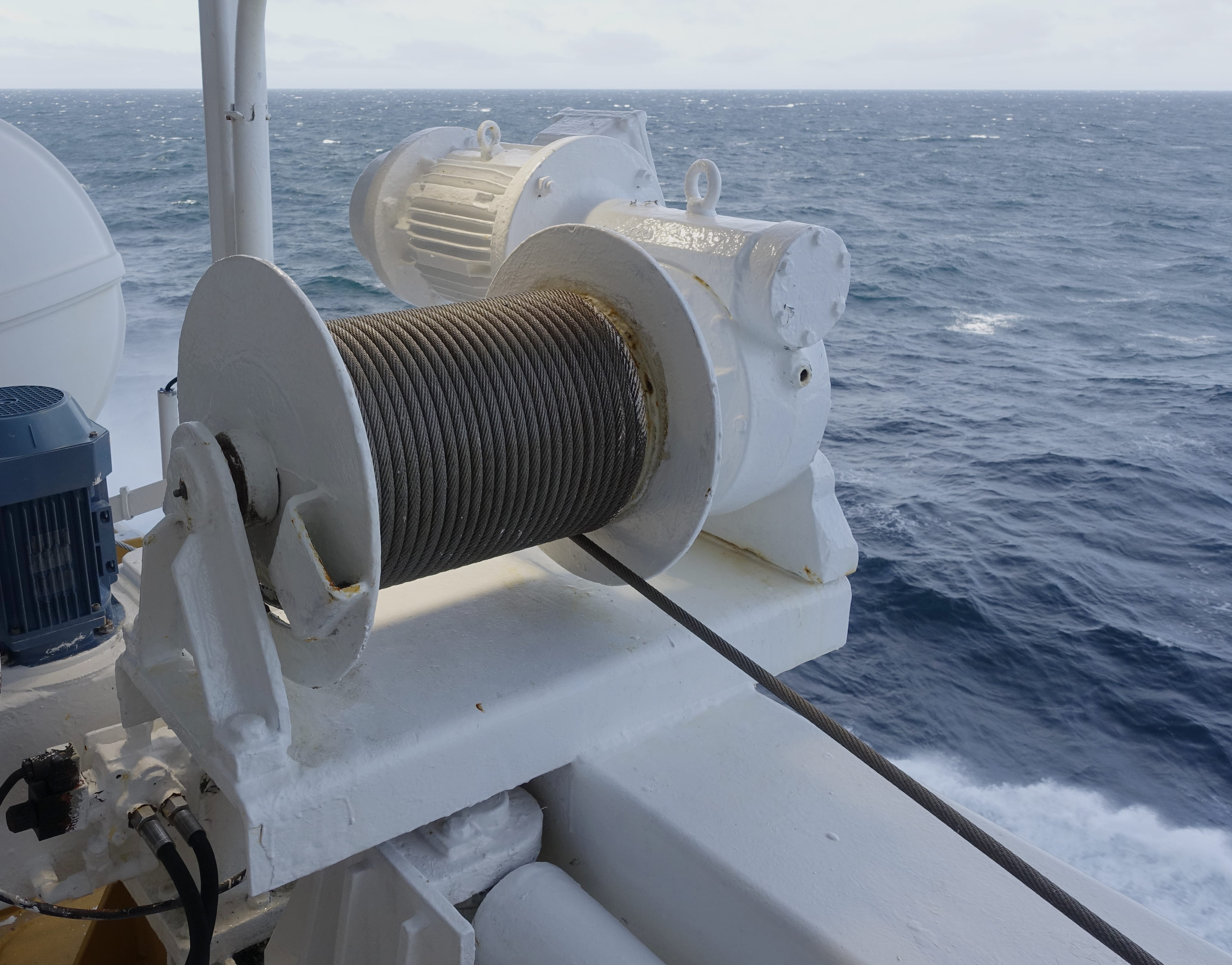 Nautical uses for wire rope include securing cargo to the decks of ships and securing boats to their moorings. Sailboat rigging and lines going to and from fishing boats are often made from wire rope as well. Most maritime companies prefer to go with wire rope that won't corrode when exposed to salt water.

Even if you're used to seeing wire rope around the job site, there are a number of applications you might not have thought of. For instance, a majority of live theaters feature backdrops that move. Galvanized cable fits the bill in these cases. Recreational zip lines are generally made from wire rope as well, because it's sturdy enough to handle the elements.

Pay close attention the next time you're working out in the gym, because you'll see wire ropes there too. They're often used to rig weight machines. Some companies have even developed novel designs that use strong coated wire ropes to provide resistance for workout warriors.

Engineers are constantly looking for new solutions to problems, so you can expect to see additional wire rope uses in the future. Depending on how you intend to use them, though, you might need wire ropes made from a specific type of material. 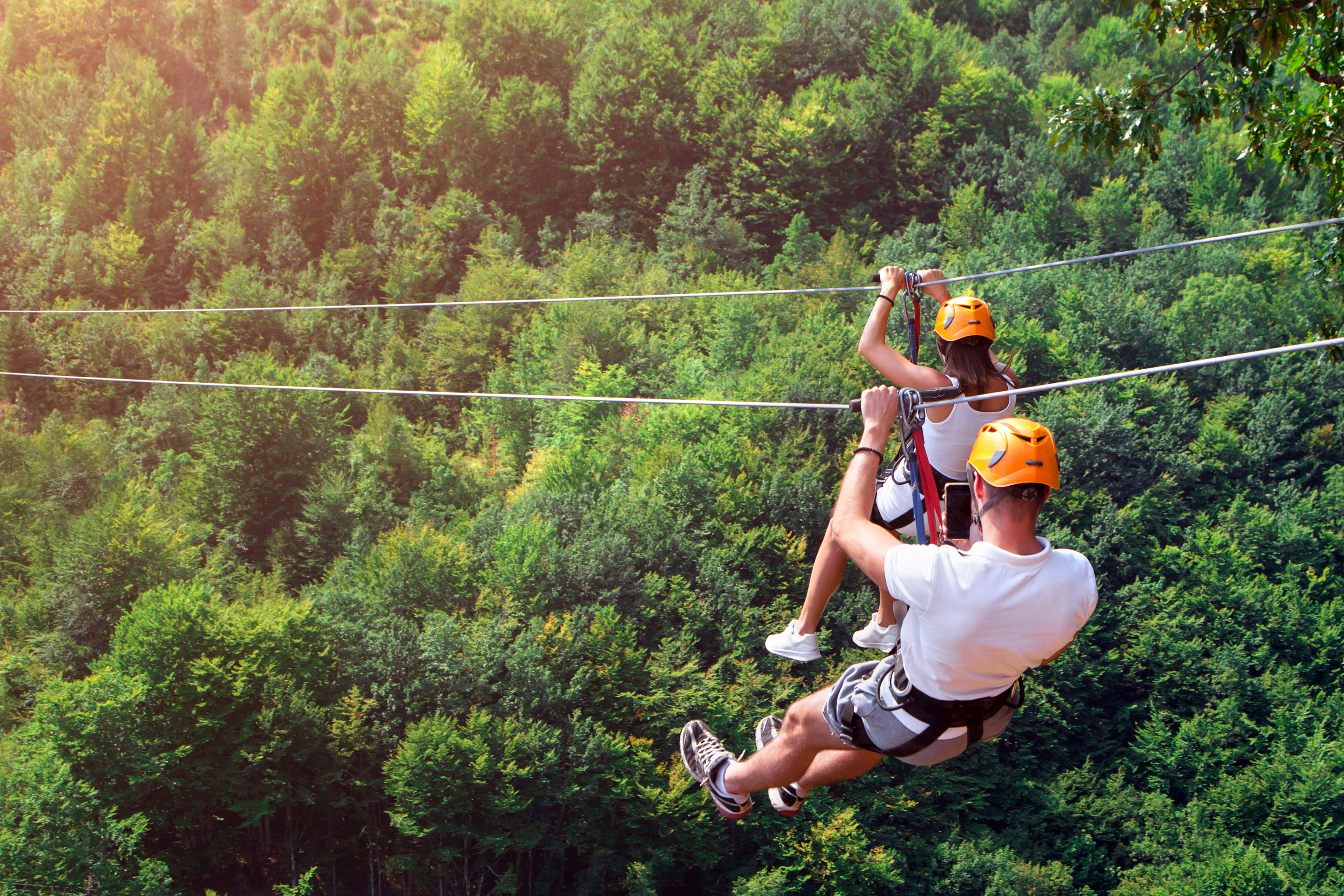 Many wire rope applications expose the metal to harsh conditions. Galvanized steel wire rope features a layer of compressed zinc to help reduce the risk of corrosion. While they're still not suitable for marine use, they should stand up to quite a bit of abuse.

If you plan to install cable anywhere that it could be exposed to salt water spray or other forms of moisture, then you'll want to go with stainless steel wire ropes, such as these. While they cost more, they're made of genuine 304, 305 or 316 steel. This helps them stand up against the corrosive influence of seawater.

Nylon coated ropes can hold up well in high-friction applications that generate a fair amount of heat. Since the exterior coating protects the inner cable from fraying, these designs are perfect for conveyor belts and push-push control actuators. Smaller consumer-grade nylon ropes are often used on exercise machines for this reason.

Vinyl coatings are often applied in the form of a PVC sheath. PVC-coated aircraft cable is more resilient to the kind of damage done by sunlight and water. Construction sites and mines often opt for bright vinyl coatings to increase visibility for safety reasons.

Some wire rope applications don't require anything special on the exterior. Cost-conscious technicians often specify bare aircraft cable whenever it's safe to do so in order to save a little cash. You can find a nice selection of quality coated and uncoated wire rope  here. 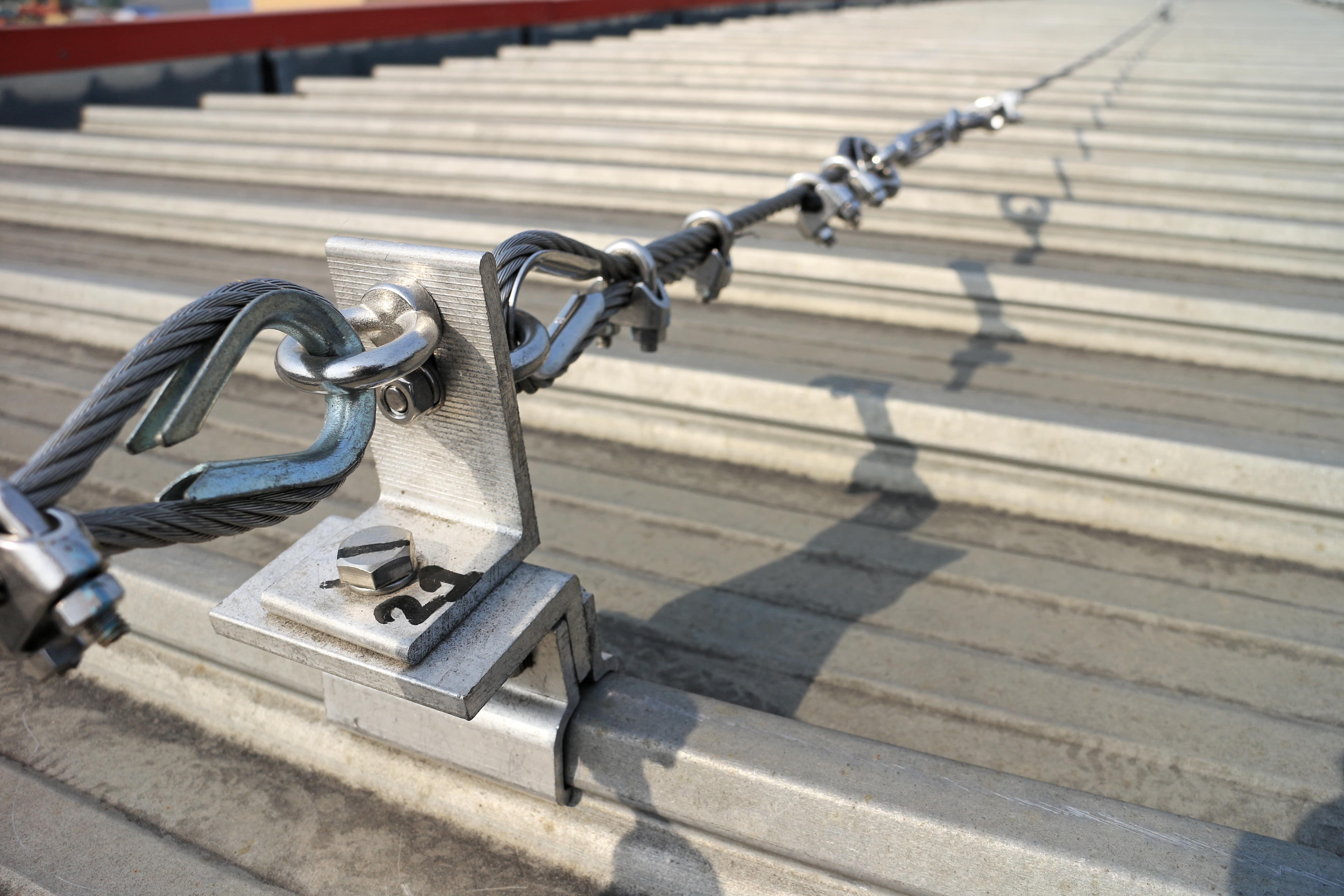 An overwhelming majority of suppliers define tensile failures a bit differently than users might. When suppliers run wire rope capacity tests, they consider the slightest problem to be a failure and thus will rate the rope for whatever value they found caused the issue. On a work site, technicians might not normally consider a small problem to constitute failure.

That being said, don't test your luck and don't overload your cables. Hardware vendors are cautious for a reason. You must always stay within the working load limit. It's easy to calculate wire rope capacity, so you'll never be without guidelines.

To calculate the Working Load Limit (WLL), divide the tensile strength by the design factor (typically 5, but determined the engineer designing the use of the wire rope).

The number you get is the maximum working load you can apply without risking tensile failure or metal fatigue. This value is often expressed in customary short tons, at least by engineers working in the United States.

While wire rope is noted for its high tensile strength, you don't want to continuously load a piece close to capacity. As a general rule, you shouldn't ever exceed the working load limit (WLL). This will eventually wear it out even if you're not exceeding any of the manufacturer's printed limitations. A simple wire rope strength chart can help you keep a close eye on wire rope strengths if find this to be an issue:

All ropes of the same size, grade and core offer somewhat similar minimum breaking force characteristics and weight per foot, though they do differ depending on the construction type and materials used. That makes a wire rope guide useful even if you only know the diameter of the aircraft cable you're working with.

Finding the maximum wire rope load for certain esoteric applications is extremely important, which is why you'll find specific guides made just for this reason. Consider the following wire rope capacity chart if you find yourself dealing with any installation that's perhaps a little unusual: 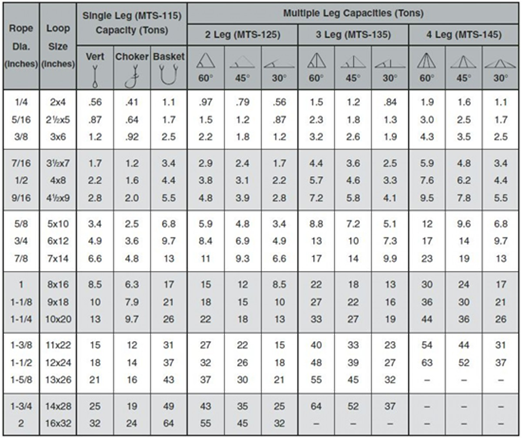 Choosing the Right Wire Cable for Your Job Site

Wire rope is a complex piece of device. Few people ever stop to consider how each piece of wire rope is a machine unto itself. Remember to think about how strong and flexible you need your new cable to be and consider whether it'll get exposed to harsh conditions or have to weather the elements. You'll be rewarded by your research with a piece of cable that works as hard as you do.

At U.S Rigging Supply, we offer many different kinds of wire rope. All our products are known for their high quality and very competitive prices. For more than 40 years, we’ve been trusted on dependability, safeness, innovation, and unmatched customer support. 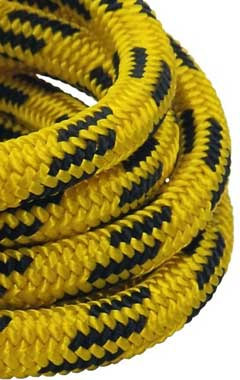